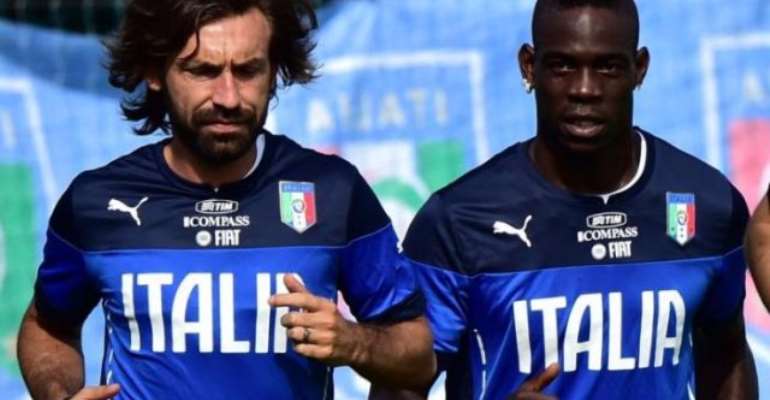 Italy have named their provisional squad for Euro 2016 - and there is no place for Mario Balotelli and Andrea Pirlo in the 30-man party.

Balotelli, on loan at AC Milan from Liverpool, has netted 13 times in 33 appearances for his country and starred at the last European Championship in Poland and Ukraine.

But he has struggled to find his best form in recent years and has scored just one league goal for Milan this season.

Pirlo, who joined New York City FC from Juventus in July 2015, has also been overlooked despite making it clear he was keen to play in the tournament.

The 37-year-old, who has 117 caps, became the first MLS player to represent Italy when he appeared against Malta in September.

But Antonio Conte has decided against taking the veteran midfielder to this summer's finals, while there is also no place for in-form Toronto forward Sebastian Giovinco.

West Ham defender Angelo Ogbonna, Manchester United full-back Matteo Darmian and Southampton’s Graziano Pelle are all part of the squad, which Conte will cut to 23 by May 31.