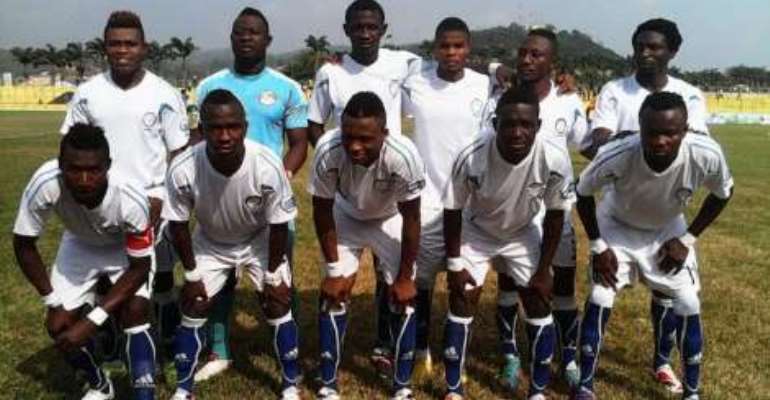 Berekum Chelsea edged Bechem United by a goal to nil at the Golden City Park, Berekum on Saturday on match day 13 of the Ghana Premier League.

Bechem United who lost at home in the midweek against Kumasi Asante Kotoko entered into game with much seriousness and gave Berekum Chelsea a very a toiling time in the first half. The first 45 minutes was an end to end action.

What worked out for Bechem United in the first half was that they managed to mark Sadick Adams, the leading top scorer for the hosts out of the game.

The second half started with neither side exerting their dominance on the game, but Berekum Chelsea benefited from a defence blunder in the 47th minute and Abedi Karim made it count when he scored the goal that happened to be the match winner.

Bechem United after the goal had the better part of their opponent, however, their attackers lacked the cutting edge upfront, hence couldn't create enough goal scoring chances to fetch the equaliser.

Berekum Chelsea on match day 11 got stunned at the Golden City Park by Hearts Oak, who are yet to lose an away league match, after they had gone 43 home league games without a defeat.

But Solomon Odwo's side have bounced back with this win following an away draw on Wednesday.