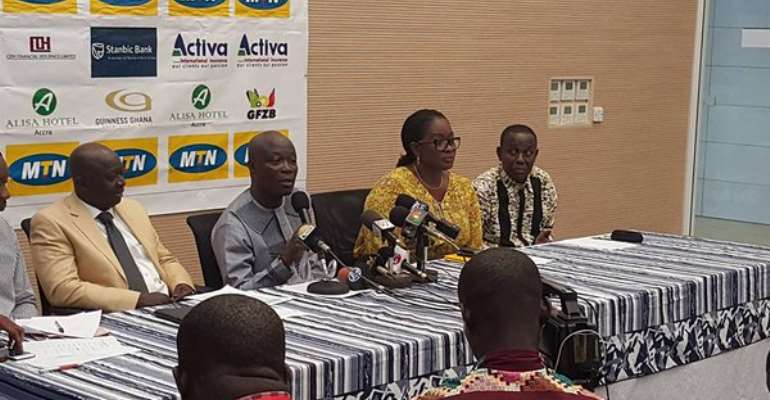 Edwin Nii Lante Vanderpuye, minister for Youth and Sports has made a passionate call to telecommunications giant MTN to consider sponsoring the Ghana Premier League (GPL).

“Apart from the SWAG Awards I’ll plead with MTN to consider the sponsoring the national league,” Honorable Nii Lante said at the launch of the 41st MTN-SWAG Awards night on Wednesday, May 18, 2016.

The 2015/2016 Ghana Premier League has been without a headline sponsor, but according to the minister MTN Ghana can take a cue from what’s happening in other African countries. For instance MTN is the title sponsor of the Zambian Premier League.

The MTN-SWAG Awards night is going to be held at the Banquet Hall of the State House in Accra on Saturday, June 4, 2016 where honours will be conferred on 26 sportsmen and women who have distinguished themselves excellently in their various disciplines.