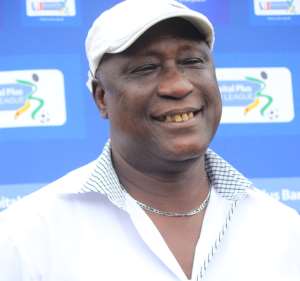 Head coach of Ashanti Gold football club Bashiru Hayford says he is impressed with the way his team played away against Inter Allies despite picking up just a point.

The Miners played out a 1-1 draw game against Inter Allies on Match day 12th fixture of the Ghana Premier League.

AshantiGold pulled even through a Dauda Mohammed penalty after they had conceded a Frederick Boateng goal.

The Miners were the better ball-playing side overall but they could not use their possession to get ahead in the match and Hayford says there are positives from his sides play.

'We played very and that is a huge credit to the team because we have had a difficult start to the season,' Hayford said

'The team is improving in all aspects and that is what we all want to see.'

AshantiGold are 11th on 13 points and they are due to play Wa All Stars (at home), Techiman City (away) and WAFA (at home) before the end of the first round of the league.

Akufo-Addo, Ken Take Ghana Back To HIPC – Mahama
8 minutes ago