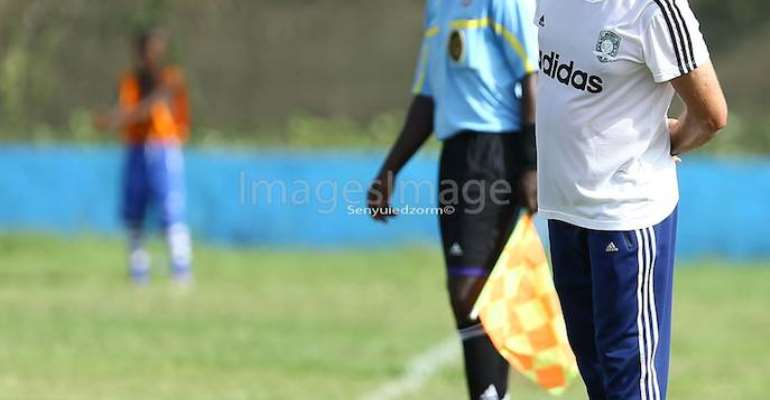 Aduana Stars coach Coiaba Aristica expresses dissatisfaction with his side's performance against New Edubiase United in the Ghana Premier League at Obuasi despite recording a 1-0 victory.

The Romanian trainer believes his team were lethargic and allowed the opponents to enjoy more of the game.

Godfred Saka scored in the first half to seal a narrow win for Aduana Stars on Wednesday at the Len Clay stadium.

It is a fifth straight win for the 2010 league winners.

But Aristica wanted to more from his player.
"I am very happy we got all the three points of the game. You can realize we didn't play well. I came with a tactics,' he said.

"I started two strikers and I saw the opponents controlling the game that's why I took off one striker and replaced him with another midfielder. After that we took over the game.

"It was good coming into the game with four straight wins and you know it is very difficult winning five matches in a row in Ghana.

"I am happy for claiming the three points but I wasn't satisfied with my teams performance.

"Sometimes in the game the opponents controlled more of the game and this is not good for me."