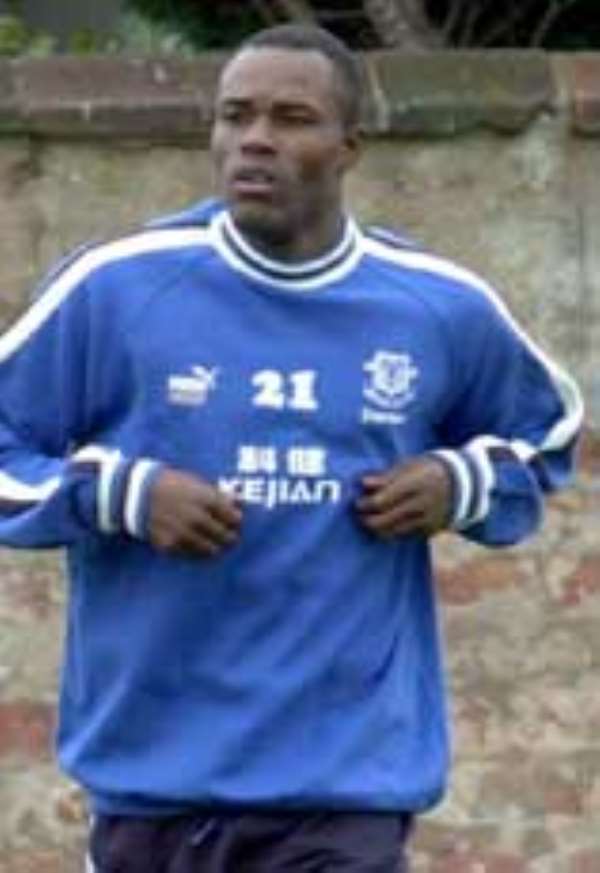 MIDDLESBROUGH may offer Alex Nyarko a route back into English football after inviting the controversial Ghana midfield player to train with their first-team squad. Nyarko, 31, has been in limbo since leaving Everton last summer, but Steve McClaren, the Middlesbrough manager, is keen to sign an established player to cover for the temporary loss through injury of George Boateng and does not have unlimited funds. Nyarko would not cost anything, which makes him a more appealing target than Amdy Faye, of Portsmouth, whom McClaren has been considering. Faye, 27, would cost Middlesbrough £2 million and, while that is not a prohibitive fee, Boateng would be expected to regain his place in central midfield when he recovers from a fractured toe within the next five weeks.
Nyarko's four-year spell at Goodison Park was a disappointing one and even included an on-field altercation with an Everton supporter. Having joined from Lens — where he played alongside Joseph-Desiré Job, now of Middlesbrough — for £4.5 million in 2000, he made only 33 league appearances for the Merseyside club and was dispatched for loan spells at AS Monaco and Paris Saint-Germain.
At one stage, Nyarko is understood to have sought employment in China, but he took part in practice sessions yesterday and will do so again today, after which McClaren will make a decision on his future. His representative was also present on Teesside and is believed to have had informal discussions with both McClaren and Keith Lamb, the club's chief executive.
McClaren said that central midfield is an area “we've got to strengthen”, but he also spoke of the possibility of making a loan signing. Money is more likely to be spent on a left back, where competition is required for Franck Queudrue, and Olivier Bernard, of Newcastle United, who falls out of contract at the end of the season, is the obvious candidate.
McClaren would like to have signed Celestine Babayaro, but the 26-year-old has joined Newcastle from Chelsea for a fee of around £1 million.
David Moyes, the Everton manager, believes that Richard Wright, the goalkeeper, could play his way back into the England squad during the next six weeks while he stands in for the injured Nigel Martyn.