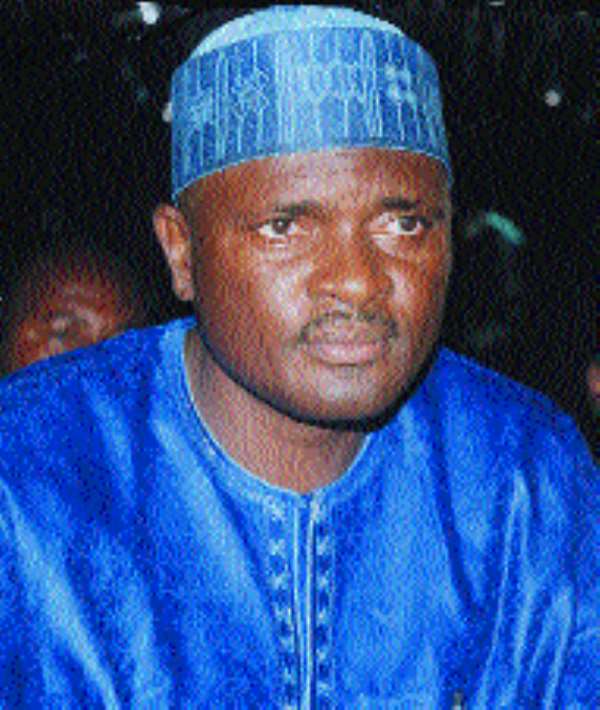 Winneba, (C/R) Dec 27, GNA - A high-powered government delegation visited the Black Starlets, the national Under 17 soccer team at their Winneba Sports College base on Boxing Day to fraternise with the players and their coaches.

The delegation, which was led by Alhaji Rashid Bawa, Minister of State in the ministry of Education, Youth and Sports and Mr Joe Aggrey, a deputy minister of the sector interacted with the players and assured them of government's unflinching support.

Alhaji Bawa told the players to work hard so as to achieve greatness for themselves and Ghana and cautioned them against indiscipline, arrogance and complacency, warning that such attitudes could destroy their careers.

The minister asked the players to aspire to progress to the senior national team the Black Stars and reminded them that it was only a high level of dedication and commitment that would guide them to the top. He said they must aspire to draw a parallel between themselves and Ronaldinho who played for Brazil as an Under 17 in 1997 in Egypt and went on to win the world footballer of the year in 2004, just seven after playing as a cadet.

Alhaji Bawa said players of the great Under 17 teams, which Ghana had produced in the past, had fizzled out without achieving their full potentials, adding that Samuel Osei Kuffour remains the only firefly of the 1991 gold winning squad.

He attributed the situation to bad attitude and the desire for instant reward, which invariably distracts them and negates their rise to the top.

The minister said the Starlets held the sporting destiny of Ghana in their hands, as they would be the first team to go into competition in 2005 and urged them to ensure that "positive change chapter two, which will begin on January 7, two days before you go into battle against Ethiopia will be a great success."

He urged them to go to Adis Ababa and beat Ethiopia and move on to annex the African title in Gambia.

In his speech Mr Joe Aggrey assured the players that government appreciated the sacrifices they were making to defend the flag of Ghana and assured them that what was due to them would be given to them. He tasked them to be obedient and respectful to their coaches so that they would guide them to achieve greatness, which would be followed by fame and wealth.

The deputy minister congratulated the squad on their achievements so far and asked them to maintain the momentum so that they would achieve the ultimate.

Some members of the delegation were Mr Kwasi Nyantekyi, vice chairman of the Ghana Football Association (GFA) Dr Henry Pufer, board chairman of the National Sport Council (NSC.) and Dr Emmanuel Owusu Ansah, Director of Sports Development at MEYS.

Others included Mr Kofi Nsiah, General Secretary of the GFA, Mr Fred Crentsil, a member of the Starlets management board, and Mr Dominique Asabia, Acting Director of the National Sports College.