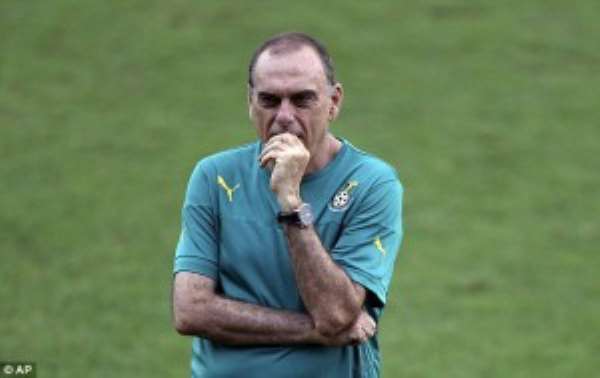 
Ghana will not stand in the way of Avram Grant if he decides to quit after the 2017 Africa Cup of Nations, the federation president Kwesi Nyantakyi has revealed.

Grant,60, has insisted he could end his association with the Ghana FA after the continental showpiece in Gabon next year.

The former Chelsea has a year left on his contract amid growing claims he will not seek for a renewal of mandate.

The Israeli gaffer is on the verge of qualifying the West Africans to next year's Africa Cup of Nations as the country require at least a draw to book their passage.

But mounting reports linking Grant away from the Ghana job is refusing to wash away with clubs in England believed to be monitoring the situation.

Ghana FA boss Kwesi Nyantakyi has revealed his outfit will not stand in his way he decides to move on after next year.

'If he (Avram) decides not to continue, nobody can force him,' he told Starr FM.

'It could be his decision and we must respect that so if he decides to leave we won't stop him.'