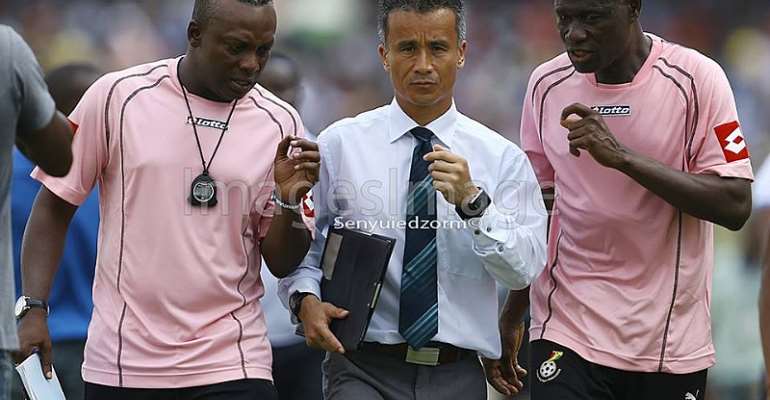 Hearts of Oak coach Kenichi Yatsuhashi has stated that the club is yet to pay him for the months of February and March despite being at post for the period in question.

The Japanese coach has been in charge of the team since the start of the season and oversaw a great start for the Phobians which included a historic 2-0 win away to Medeama.

The Phobians had not won in Tarkwa for seven season before that encounter. However, the last few weeks have been trying for Hearts who lost to Wa All Stars in Accra, drew goalless away to Techiman City and lost to Samartex in the MTN FA Cup on Saturday.

Yatsuhashi confirmed in his post that he did refuse his outstanding salaries because he wanted his technical team and players to be paid first.

He posted: '… my heart is with Accra Hearts of Oak. My motivation is our Hearts supporters; as long as the supporters of Hearts support me and trust me to guide our club to success, I will do and have always done my best.'

'There have been several articles on the media about my situation with Hearts of Oak. I am very happy that a lot of journalists shows interests in my situation, and I would like to add few comments, so that readers will know accurate facts. 1st, my salaries were unpaid for two months, for February 2016 salary and March 2016 salary, as of 4th of April 2016. I have a bank statement to back it up.

However, the management people tried to pay me. I refused to accept my unpaid salary and told them several times that they must pay our players and our assistant coaches 1st before they pay me.

My refusal to accept my unpaid salary has nothing to do with that I am unhappy with how much my salary is. It is untrue that I am refusing my unpaid salary because I want to raise my salary. I believe my salary reflects my work on the pitch. Moreover, I am very happy with our current players, and I never requested to buy new players. We have a scouting directors who is working with me, and we will have a discussion on new signings at appropriate moment, but we have not come to that point yet.

It is also not true that I have been contacted by Kotoko. Kotoko is one of two biggest football clubs in Ghana, and I respect them. However, my heart is with Accra Hearts of Oak.

My motivation is our Hearts supporters; as long as the supporters of Hearts support me and trust me to guide our club to success, I will do and have always done my best. The road is a long winding road; there are hills and rivers we must climb and we must swim, but I believe, together with our supporters, we can over come any set backs and difficulties we may face. I thank our supporters. Without them, I wouldn't be here today.