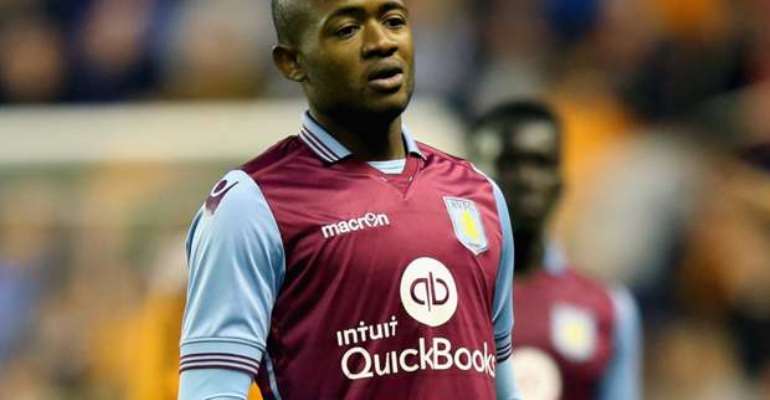 The 24-year-old is already the target of West Ham who are seeking to boost their attacking options for next season.

Second tier club Derby Count are also keen on signing the attacker if they qualify for the Premier League next term.

Bournemouth have now joined the clubs showing interest in the Aston Villa striker following the club's relegation to the second tier next season.

The 24-year-old Ghana international, Villa's top scorer this season, is a £6million target for West Ham and Derby County.

Villa paid £9.6million for the 24-year-old former Lorient forward and he has scored six goals this season, all in the club's futile pursuit of Premier League survival.

They would want to recoup their money but may have to take less with the player ready to move on as part of the club's summer overhaul.

Derby, who visit Charlton this weekend, are fifth in the Championship under the new-look management team of Darren Wassall and Harry Redknapp and the purchase of Ayew would likely hinge on them gaining promotion.

Redknapp is a confirmed fan of Ayew and maintains he is a player who deserves to be playing in the top flight.

West Ham manager Slaven Bilic admires the way Ayew has worked for his goals this season and was not put off by Ayew's show of indiscipline earlier this season when he was sent off for elbowing Aaron Cresswell during Villa's 2-0 defeat at the Boleyn Ground.