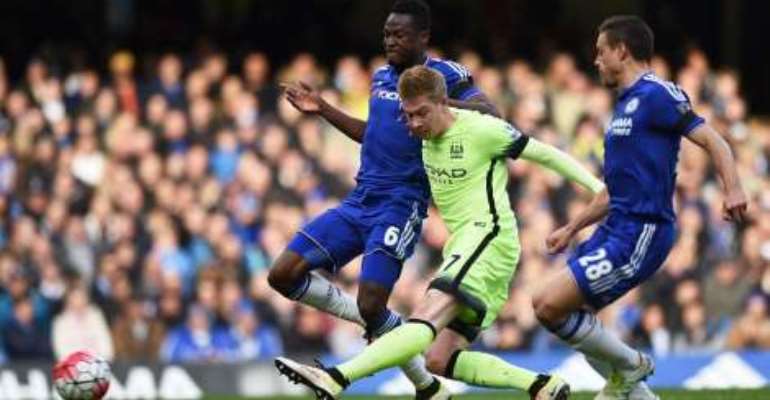 The desire to play in next season's UEFA Champions League for Manchester City was greater than Chelsea 's … well … nothing!

The English Premier League Champions went into the Premier League game against Manchester City with almost nothing to play for except individuals imprinting their territories in the mind of new manager Antonio Conte.

Manchester City has a cause. A cause made stronger after Manchester United's win earlier to officially send Jordan Ayew's Aston Villa to the English Championship prior to the Chelsea vs Manchester City game at Stamford Bridge. Ghana international Abdul Baba Rahman was handed a start by Chelsea with Diego Costa also taking a place upfront after serving his suspension.

Manchester City, the away team however took hold of the game right from the start, causing Chelsea problems all over the place.