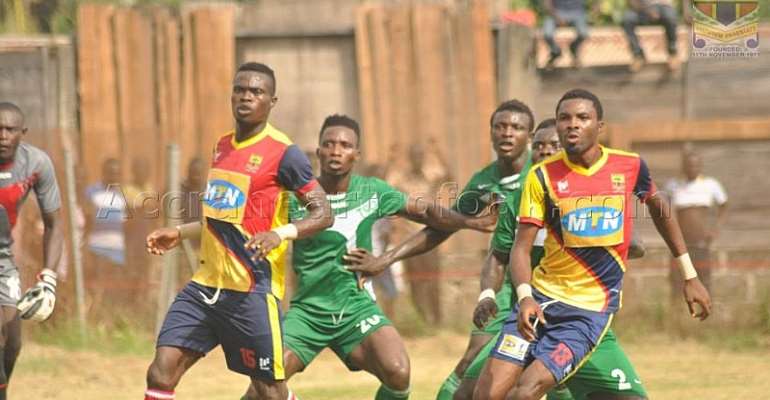 Accra Hearts of Oak have been eliminated from the 2016 MTN FA Cup after succumbing to a 4-3 penalty shoot-out against second-tier side Samartex FC in Samreboi on Saturday.

The Phobians arrived in the Western Regional town amidst cheerful welcome and excitement from fans in the hinterland but Kenichi Yatsuhashi's boys failed to respond to the expectations of fans with a win.

Samartex managed to hold Hearts' attack anytime they tilted forward and also created some worrying moments for the travellers.

Seidu Mutawaliku, who stopped the first kick of the penalties for Hearts, was called to duty a number times but Hearts wasted glorious chances with Dauda.

After both sides failed to win before the regulation time petered out, the tie had to be broken from the spot kicks.

And, Mutawaliku saving the first shot of the evening from midfielder Forson, the hosts crawled back to nick a 4-3 victory after Michael Addo following Paul Acquah's miss.

Samartex have reached the round of 16.