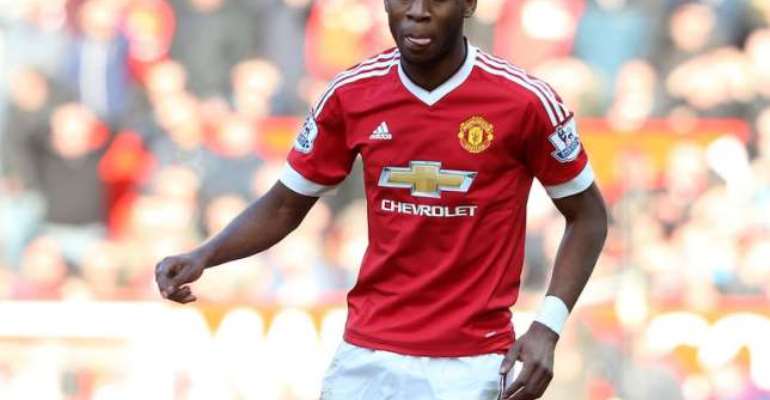 TIMOTHY FOSU-MENSAH's father says he will not force the talented Manchester United star to play for Ghana in the wake of the interest from Black Stars coach Avram Grant.

Papa Fosu-Mensah, who is from Ghana, is also being forced by relatives and football fans in Ghana to use his influence over his son to get him to play for the West African country.

The father says he has made the heritage of the player clear to him but won't go the length of forcing the decision on his son.

The defender is being pressed by Ghana to declare which nation he wants to represent at international level with Grant reported to have arrived in England to meet the player over the nationality switch.

Ghana are keen to see the teenager pledge his future to the African nation rather than the Netherlands.

The defender has risen to prominence this season after being handed his big break by Louis van Gaal, making seven appearances in all competitions.

The 18-year-old has stamped his authority on United's right-back position and put in a commanding FA Cup performance against West Ham on Wednesday night.

Despite the intense pressure from Ghanaians to convince his son to switch nationality to play for Ghana, Fosu-Mensah's father says he will leave the decision in the hands of the player.

'But on deciding his future, I have already told him we are from Ghana. He knows. He's been in Ghana too," Papa Fosu-Mensah told local radio station Angel FM.

"He was born in Holland, and plays in England so whatever he chooses and thinks is good, I have nothing to say.

"All we want is the best for him. Football is played everywhere so no problem.

'We all know at 18 years of age, you can't force your child to do anything with force abroad.'

Fosu-Mensah has represented the Netherlands at various youth levels, making a total of 31 appearances and is currently in the U19 set-up.

He must apply for a nationality switch at FIFA to enable him play for the country of his parents as he has not yet played for the senior national team of Holland.

If he plays an official game for the senior national team of Holland he will not be able to play for Ghana.