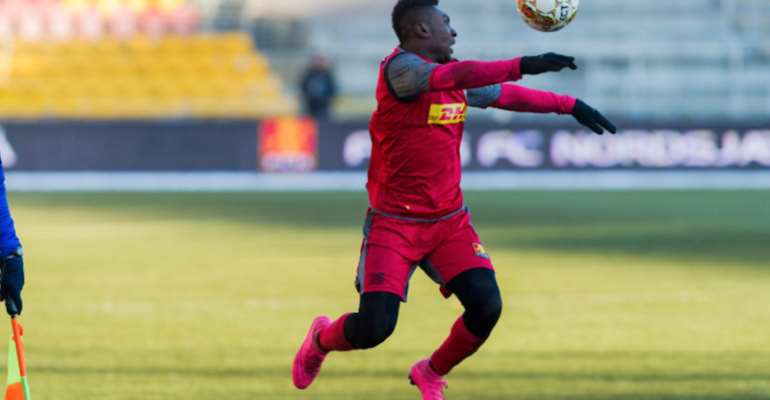 Oduro signed for Manchester City in 2013 at the age of 18, from the Right to Dream Academy in Ghana.

He never played for City but gained experience on loan with clubs in the Belgian, French and Norwegian leagues.

Danish football is not unknown to Oduro.
He was loaned out to AGF in the autumn of 2013, where he made a good impression in the 10 matches that he played in.

FC NordsjÃ¦lland's Head of Football Carsten V. Jensen said: 'We already took notice of Dominic Oduro's qualities, when he was 18 years old and playing for AGF.

'We saw his ability and we have now had the opportunity to observe him closely for a longer period, which has confirmed this positive impression, together with the references we got from AGF about him.

'Dominic Oduro clearly has qualities that we can use and develop further in our environment. He will primarily compete for the right back position, but he can also play further forward.'