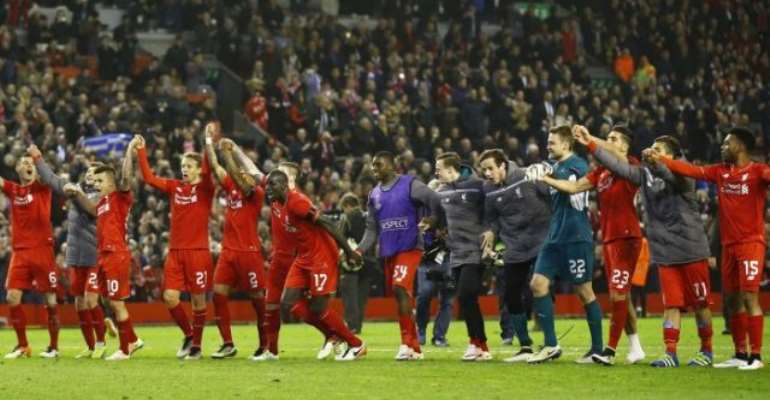 Dejan Lovren scored in stoppage time as Liverpool came back from 3-1 down to beat Borussia Dortmund 4-3 and book their place in the semi-finals of the Europa League.

The Reds mounted a sensational fightback after finding themselves 2-0 down after nine minutes courtesy of Henrikh Mkhitaryan and a fine strike from Pierre-Emerick Aubameyang.

Jurgen Klopp's side did not let their heads drop though and reduced their deficit at the start of the second half when the impressive Divock Origi netted.

Marco Reus gave the visitors another two-goal cushion to dent the Reds' challenge before Philippe Coutinho scored to make it 3-2.

Mamadou Sakho scored with a later header to set up a dramatic finale before Lovren scored a rare goal in the dying minutes to make it 5-4 on aggregate and seal a memorable European night for the home side.