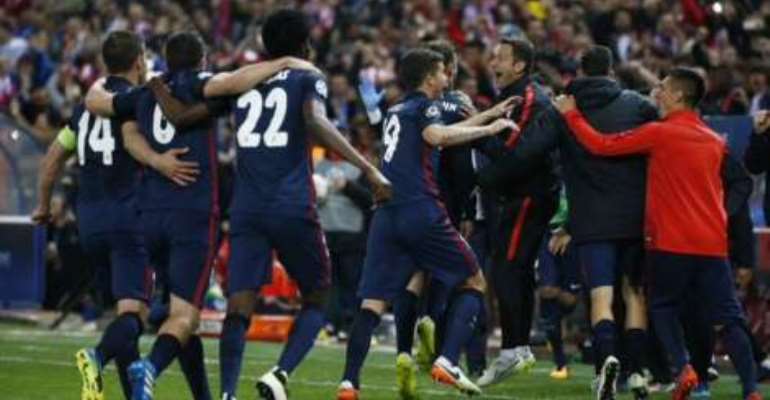 Ghanaian player Thomas Partey is delighted to be in the semi-finals of the UEFA Champions League after his Atletico Madrid team won their home game against Barcelona to qualify 3-2 on aggregate.

Two goals from Luis Suarez for Barcelona and a goal from Fernando Torres who was sent off in the game ended the first leg UEFA Champions League quarter finals fixture 2-1 in Barcelona's favour.

Partey who made his Champions League debut in the first leg against Barcelona backed his Atletico Madrid team to complete their good at the Calderon in the return fixture.

Partey wrote on Instagram:
'Proud of the work of the whole team and fight to the finish ... everything will be decided at the Calderon !! Very happy for my debut'

Atletico Madrid forward Antoine Griezmann scored in each half of the second half to win the game for the Madrid side by two goals to nil against Lionel Messi's Barcelona at the Estadio Vicente Calderon.