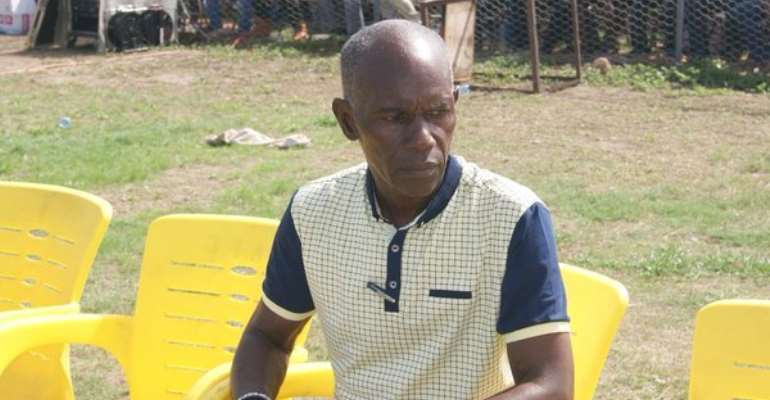 All Stars lead the table after a 1-0 win over Dwarfs, Kotoko won. Hearts drew.. What are the managers and players saying after this?

MICHAEL OSEI HAILS COMMITTED PLAYERS
It was all about determination. The players have the potential and they went into the game with confidence. It all depends on us and we were committed. They have done well and I commend them.

EMMANUEL HAYFORD HAILS AKONNOR’S TACTICS
I will thank God for the these three points. It is three things in football; win,lose or draw. Ashantigold are not a bad side but our coach’s gameplan worked and that gave us the victory.

AND DANIEL ADDO APOLOGETIC AFTER RED CARD
It was not my intention to get the red card. I was expecting a call from the back to tell me to calm down because I did not know what was behind me. I am pleading with the fans to stick with us through thick and thin. Every defeat is painful especially after we lost to Liberty but we are pleading with them. We are hopeful of turning the corner. There is no pressure on me but some of the players. You could see it with the penalty, everyone was reluctant to go take it.

YUSUF ABUBAKAR BELIEVES THEY PLAYED AGAINST A WALL
I won’t say their tactics worked because ours also worked. Their tactical play was to foul and soak the pressure and hold on. That was their gameplan to get a point and it worked. They did not open. From the blast of the whistle, they did not open at all. They had packed their defence and midfield. If they had opened just like we did, it would have been a different story. So by and large, they contained us. Stephen Manu was quiet a bit but he managed to take two people away from the game.

KENI ASKS FOR PATIENCE FOR HIS STRIKERS
Today we did not score does not mean we won’t score in the next one. We had chances we have to be patient with our strikers and I believe that we will score in our next game.

HERBERT ADDO FEELS THEY HAVE LEARNED FROM MISTAKES
After 1 week hard training, both tactical and physical, the boys knew they will win with determination. We watched Bechem two days before the match and had the chance to watch our mistakes against Hearts and Dwarfs so it was hard we were going to make a mistake. They were conscious of the mistake and they have heard, seen and produced. If all went well, they could have scored more but four matches in a game is enough.

AND OSEI WIRE BELIEVES THEY WERE SECOND BEST
It did not go well. Things like this happened in football and Inter Allies were better than us on the day. But we will continue to work hard to get points away from home. Our target is always a mid-table place. We don’t aim to win the league but to groom players and sell them. The valuation of players in the Premier Division is higher than that of the lower leagues so we always aim to remain here.

J.E SARPONG HAILS WONDER STRIKE
When you are coming to Wa, the sun is very hot. You either pick a draw or lose a match. It has been so all over the years so any team should prepare for a loss or draw. The second half was dicey. We would have come out with a draw if not for the free kick. It was a lack of concentration because I shouted on the defender to close him but he delayed. That was a fantastic shot which can beat any team.

BUT AMOS ADEPA IS REMAINING GROUNDED
Easy lies the head that wears the crown. We are leading the league table but is not an easy task to lead the league table. We started on a good note and we are doing well so I am not surprised we are leading the league log. I am surprised that we beat Dwarfs by one goal to nothing. Dwarfs have always been a thorn in our flesh so I am happy we snatch to pick the three points. You have to be able to manage the pressure at home because when you go away, you are free and a liberty.