GPL Preview: All you need to know about matchday seven 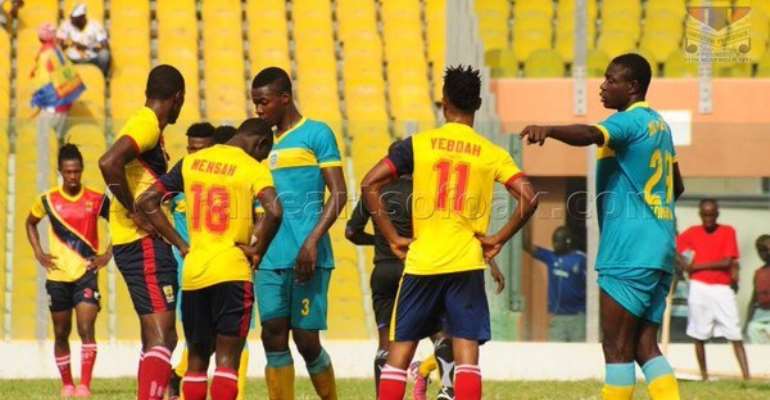 THIS Weekend could see the league reach a milestone of 100 goals. With the exception of the Medeama and Hasaacas game, all games will be contested at the respective venues. What are the key numbers ahead of kick off?

KOTOKO VS LIBERTY
• Kotoko come into the game on the back of a torrid week where coach Duncan was asked to step aside.

• Kotoko have picked up five points from a possible nine at the Baba Yara this season.

• As a matter of fact, all of Kotoko’s points this season have at Baba Yara.

• Liberty’s last away day was an impressive goalless draw to leaders Wa All Stars.

• Latif Blessing is joint top scorer in the league with 4 goals.

TECHIMAN CITY VS HEARTS
• Techiman City have a 100% record at home this season.

• The Techiman side have scored three goals in three games and are yet to concede.

• They will be without influential midfielder Sarbah Laryea after picking up another yellow card.

• Hearts have picked up seven points on the road this season. One more than at home.

• Their leading scorer is Musah Ibrahim who has scored three goals all from the bench.

CHELSEA VS ADUANA
• Aduana have picked up seven points from nine after picking up zero in their first three games.

• Aduana have scored three goals all season with all three goals coming in their last three games.

• Chelsea have won all games at home this season conceding none

• Saddick Adams is Chelsea’s top scorer with four goals. Three out of these four goals have been scored at Berekum.

• Samuel Tetteh has scored four of these eight goals. The Sogakope side are yet to score away from home.

• At the other end, Edubiase have let in five goals with three of them coming on the road.

ASHANTIGOLD VS DREAMS
• Ashantigold will be going in search of their first win since matchday one.

• The Miners have picked up two successive draws at home to Brong Ahafo sides.

• Ashantigold have conceded 8 goals this season with two of these coming at home.

• Dreams FC have picked up four points on the road so far.

• Akonnour’s side have scored six goals this season and conceded four.

• Three of these four goals have been at home.

INTER ALLIES VS BECHEM UNITED
• Inter Allies are without a win since matchday one.

• The Tema side have lost their last two games to Hearts and Dwarfs.

• Six of Inter Allies’ eight goals have been scored at Tema.

• Bechem United are yet to pick a point away from home.

• The Bechem side drew 0-0 at Tema last season.

WA ALL STARS VS DWARFS
• Wa All Stars have let in two goals all season.

• Their last home game was a goalless draw against Liberty

• All Stars are yet to concede all season.
• Dwarfs got their first season of the campaign on matchday 6.

• The Cape Coast side have scored two goals away from home this season.

• Dwarfs are yet to pick a point on the road this season.