Thomas Teye Partey: 'Atletico will stun Barcelona at the Calderon' 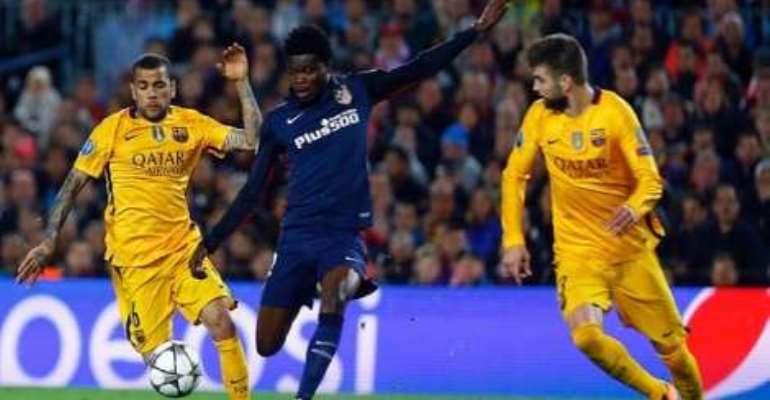 Atletico Madrid midfielder Thomas Teye Partey believes his side can overturn the 2-1 defeat they suffered at the hands of Barcelona in a UEFA Champions League quarter finals game on Tuesday evening.

Atletico took the lead in the 25th minute of the all-Spanish affair when Fernando Torres netted his 11th career goal against Barcelona, but the striker was sent from the field 10 minutes later after picking up a second yellow card.

A second-half double from Suarez saw Barcelona claim a 2-1 win on the night, however, Partey, who played 15 minutes of the game posted on Istagram after the game that the "Calderon will decide" which team progresses to the semi finals.