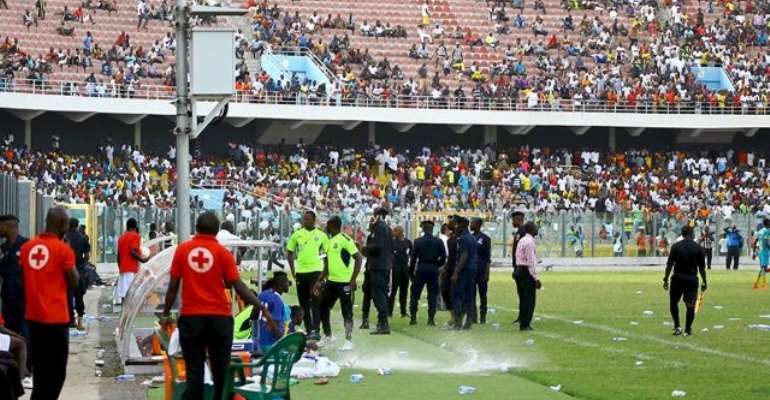 The Ghana Football Association has charged Hearts of Oak on three counts for the violent behaviour of their fans in Sunday’s 3-1 home defeat to Wa All Stars in Accra.

On or about the 20th minute of the match, when the first goal was scored against them, Hearts supporters threw water bottles and other objects at assistant Referee 2, Freeman Anwulo and onto the field of play.

That this behaviour of your supporters resulted in a hold up of play for about six (6) minutes in violation of the GFA Regulations.

Also during the second half of play, anytime a decision goes against your club, your supporters threw water bottles and other objects at the two assistant referees and onto the field of play in violation of the GFA Regulations.

Charge three, immediately after the final whistle of the match, the supporters threw water bottles, stones and other objects at match officials and the security men escorting them into the dressing room.