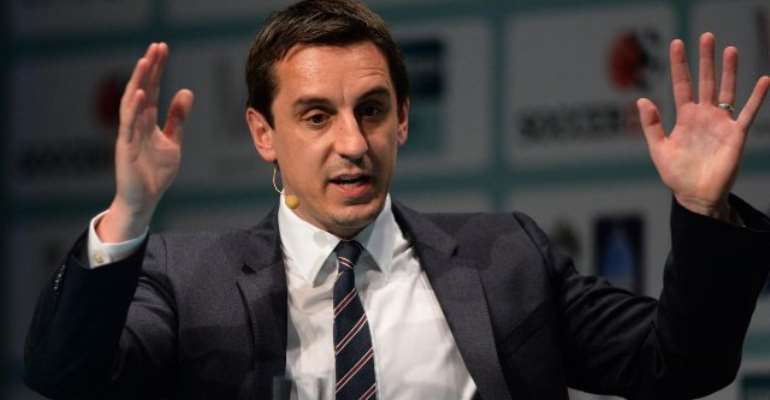 Valencia have sacked head coach Gary Neville and replaced him with Pako Ayestaran.

Neville was the shock choice as Valencia coach back in December as he signed a contract until the end of the season.

However, Valencia's persistently poor form - with the club losing four of their past five games - has forced owner Peter Lim to act.

" After careful consideration, the club have decided to make a change with the best interests of the Valencia CF moving forward this season. We thank Gary for his work at Valencia and wish him the best in the future."

Valencia delivered the news just a day after Neville had been by Roy Hodgson's side as England assistant manager for the 2-1 loss to Netherlands at Wembley.

His record as Valencia coach read just 10 wins from 28 games in all competitions. He had to wait nine matches to secure his first win in La Liga and the club's Europa League exit at the hands of Athletic Bilbao left them with little to play for.

Fans had protested against Neville and now former Liverpool and Valencia assistant coach Ayestaran has taken charge for the remainder of the campaign.