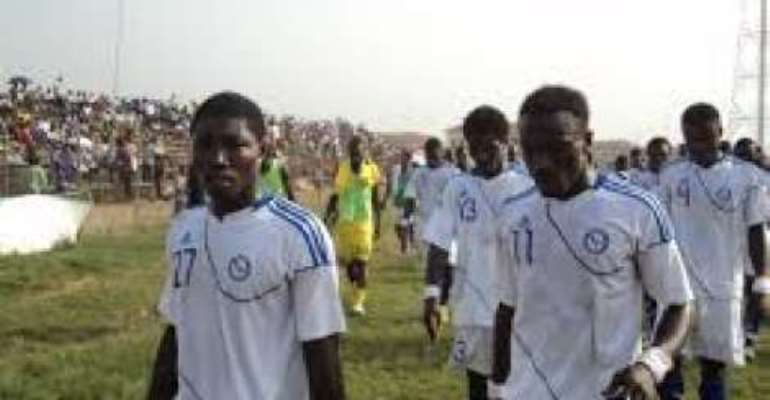 Berekum Chelsea will be very difficult for Medeama SC to break as they come face on Wednesday in their outstanding match day 5 league fixture.

Team news and match facts
Berekum Chelsea
The Blues finished third on the league log last season and were among the best home performers for the season, winning 12 and draw 3 home league games.

Berekum Chelsea have gone three years and three months without a home defeat in the Ghana Premier League, which is 40

Their superb home unbeaten record that date back to December, 2012 when Amidaus Professionals breached their defence line has been intact since then.

The last visitors to Berekum, Asante Kotoko on match day 4 suffered a 0-2 defeat, with both goals coming from their skipper Sadick Adams.

Berekum Chelsea have won 2, drawn 1 and lost 1 of their 4 games played so far in the league, but were also booted out of the FA Cup during the weekend.

The leadership of Medeama are not in good terms with head coach Tom Strand and have even accused him of masterminding their exit from the FA Cup by fielding fringe players.

Tom Strand has been linked with a move to Asante Kotoko and Ashgold and the management of Medeama have also opened their hands to embrace any offer, since he has a year left in his contract.

The management of Medeama stopped Coach Tom Strand from joining the team to Berekum, after failing to show up for training from Monday, so the technical director of the team Evans Adotey will be on their bench.

Medeama failed to win any of their first 3 games, but got to winning ways in the league after they edged Dwarfs 2-1 at the T and A Park in an outstanding league game.

The Yellow and Mauves side are poor away performers and were one of the sides that couldn't get an away win last season.

Head to head
They have come face to face in the league on 12 occasions. They have won 5 apiece, with 2 ending in draws.

Berekum Chelsea have hosted  Medeama 6 times. The home side have won 4, lost 1 and drawn 1 against the visitors.

The only win for Medeama on the road against Berekum Chelsea came on match day 4 on October, 2011.