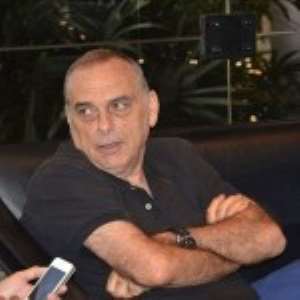 The Israeli trainer indicated after the match that he mapped out a winning strategy to secure early qualification for the Gabon 2017 championship but things did not work out as planned.

He has therefore rued the many chances that came the way of his charges in the return Group H leg encounter.

Coach Grant however took consolation in the fact that the Group H leaders went into the away clash robbed off its key performers like Asamoah Gyan, Dede Ayew, Christian Atsu, Mubarak Wakaso and Frank Acheampong due to injury.

He told journalists that “We created enough chances to win the match but we did not score and at the end of the day, we have 10 points. It depends on us to qualify. We played to win the game.” Grant added that “We played almost like we did in Accra but we made some changes due to injuries to key players. The new players showed a good fight but we could not get the victory.”

Grant praised the Mambas saying, “The Mozambicans are a good team and they have a lot of potential. They showed good tactical discipline and they closed our key men down. They were more careful in defence here than in Accra.”

The Stars, who won the first leg in Accra 3-1 will travel to play Mauritius when the qualifiers resume in June. Just a win will secure them a ticket for the Gabon 2017 championship.