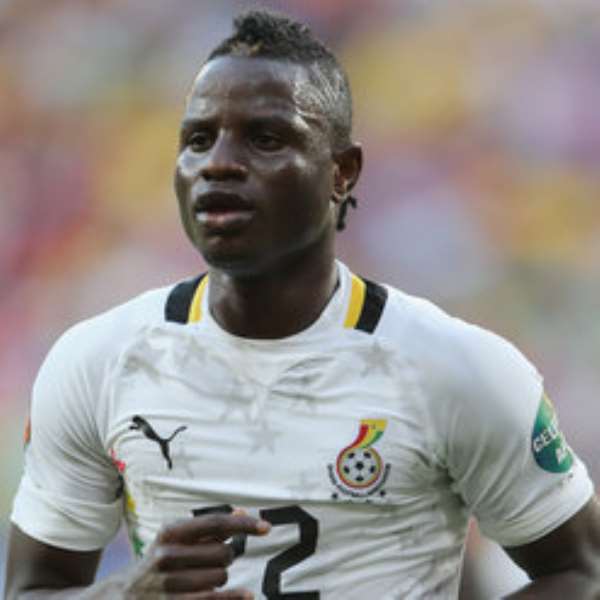 
Ghana midfielder Mubarak Wakaso will re-join Las Palmas for treatment after suffering an injury while on international duty.

The 25-year-old, who was an injury doubt appears to have aggravated a muscle injury he picked while playing for the Spanish outfit in his country's 3-1 win over Mozambique in a 2017 Africa Cup of Nations qualifier last Thursday.

The Spanish side ruled him out for four weeks, but the Ghana international declared himself fit, claiming miraculously he was fit for the game.

But the former Celtic loanee appears to have lost his verve as he struggled to impose his presence in the game.

He subsequently picked up a knock and had to be replaced by Udinese midfielder Emmanuel Agyemang-Badu.

The four-time African champions went on to win 3-1 with goals from Frank Acheampong, John Boye and Jordan Ayew in Accra.

Wakaso will re-join Las Palmas on Monday night to be further assessed by the club's medical team.