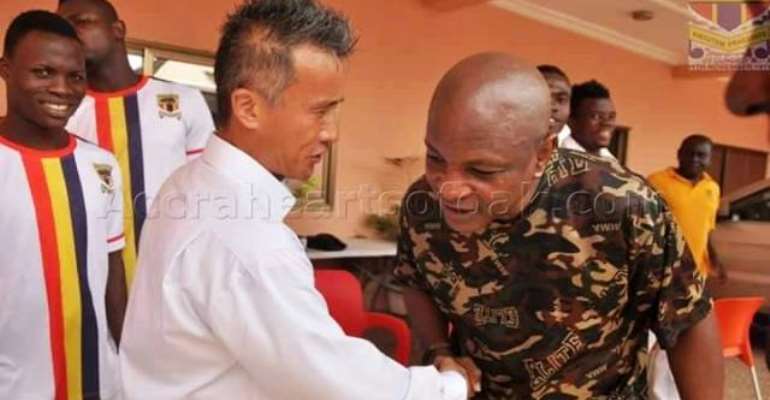 Glorious Accra Hearts of Oak miraculously came from two goals behind to snatch a late victory over Inter Allies at the Tema Community 3 Park on Sunday, March 20, 2016.

Frederick Boateng and Godfred Ahotor gave the home side (Inter Allies) a first half lead in the keenly-contested regional derby, but a brace from substitute Musah Ibrahim and Isaac Mensah ensured that the Phobians reign supreme after Matchday 5 into the 2015/2016 Ghana Premier League (GPL).

Inter Allies dominated and outclassed Hearts of Oak in the first half and deserved the two goal lead, but Kenichi Yatsuhatsi’s side responded with vigour in the second half scoring three goals within 22 minutes.

Skillful midfielder Isaac Mensah pulled one back for the visitors in the 68th minute whilst substitute Musah Mohammed did the magic in the 81st and 90th minutes beating Inter Allies goalie, Kwame Boateng to his near post on both occasions.

On Friday, Asante Kotoko recorded their first victory of the season over Sekondi Hasaacas at the Baba Yara Stadium courtesy Kwame Boateng’s second half goal.

Techiman City Football Club maintained their home invincibility on Sunday at the Nana Ameyaw Park (The Den) as Baba Mahama’s lone goal gave them a solitary win over Dreams FC.

Richard Arthur also ensured that Wa All Stars’ unbeaten record remains intact as he scored in the 65th minute to give the Wa based club a sweet victory over New Edubiase United.

The ever impressive West African Football Academy (WAFA) managed to slip one past Liberty Professionals through Martin Antwi at the Sogakope Park.

Meanwhile, the match between Medeama Sporting Club and Berekum Chelsea has been rescheduled due to Medeama’s engagement in the CAF Confederations Cup Competition.