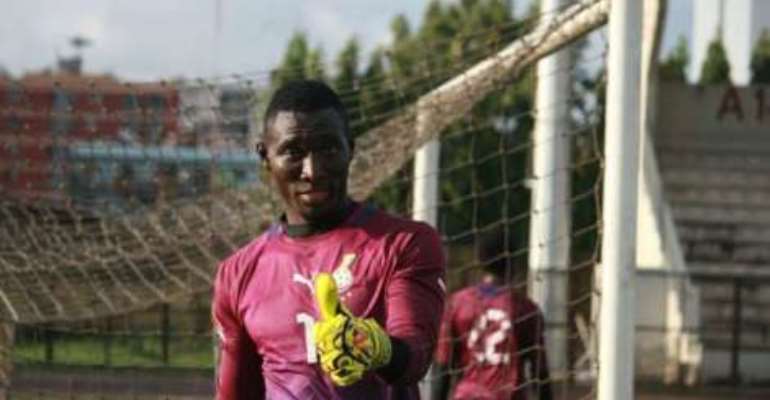 Wa All Stars shot stopper Richard Ofori has welcomed the return of Adam Kwarasey, stating his presence will serve as a morale booster for him in Black Stars camp.

The Portland Timers gloves man after 2014 World Cup announced a break from Black Stars after hitting hard on the goalkeeper's trainer Nasamu Yakubu.

With Avram Grant's influence, Kwarasey has rescinded his decision and he has been named among the three goalkeepers called up for this month's double header 2017 AFCON qualifier against Mozambique.

And Ofori who is among the three goalkeepers is enthused with the return of Adam Kwarasey.

'I am meeting top goal keepers like Kwarasey who are very good and I can learn from their training routines a thing or two,' he said.

'I learnt a lot and do same at training and gaining knowledge has no limit and as young goalkeeper I can only learn from their experience and how they manage keeping the post in high profile matches,' he added.

Ghana will host Mozambique in the first leg tie on Thursday, 24 March at the Accra Sports Stadium and the return leg in three days' time.