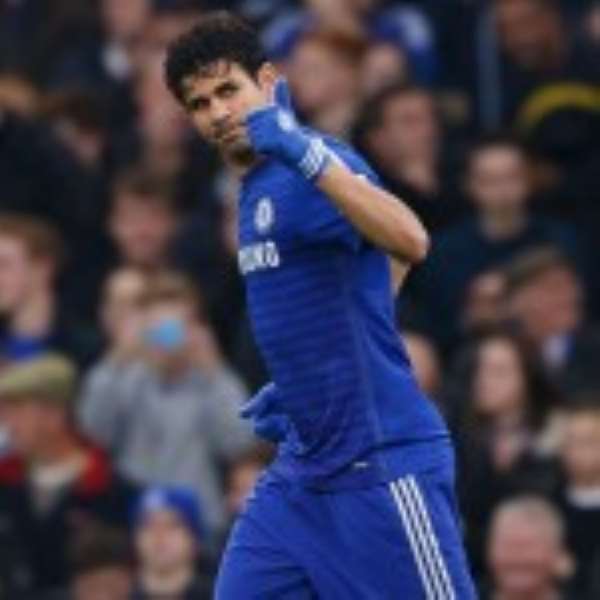 Chelsea striker Diego Costa will face no action following an alleged gesture he made to Everton supporters during Saturday’s FA Cup clash, the FA have announced.

The Blues forward was charged with improper conduct by the FA on Monday following his behaviour in the 2-0 defeat at Goodison Park in their FA Cup quarter-final on Saturday as he was sent off late against the Toffees.

However, Costa has escaped action for the alleged gesture made to opposition supporters.

The FA said in a statement on Wednesday evening: ‘Having considered the evidence and Diego Costa's observations in relation to a gesture the Chelsea forward made towards Everton supporters at half-time of Saturday's FA Cup Sixth Round tie, the FA is satisfied no further action is required.’

If found guilty of improper conduct he will be suspended for an extra game over the one-game ban for the initial dismissal after two yellow cards. Costa has until 6pm on Thursday to answer the charge.

The Brazil-born Spain international striker escaped punishment after he appeared to bite Gareth Barry prior to his second yellow card.