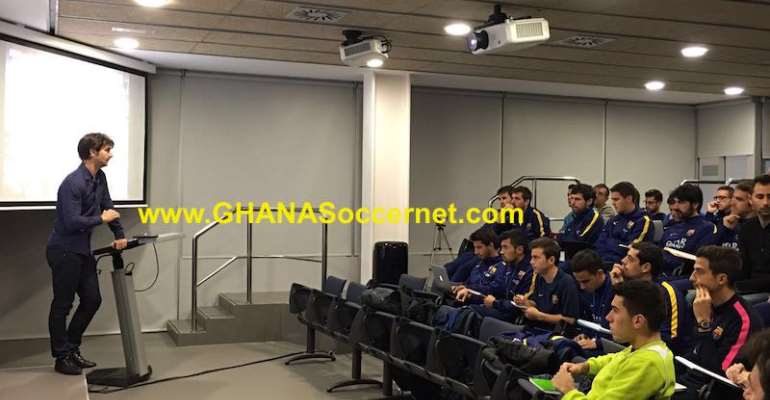 Nus lectured the more than 20 coaches on scouting and new technology.

His tuition forms part of FC Barcelona's plans of organizing courses for their coaches to keep increasing their knowledge of the game.

Nus, a Spaniard, has a rich CV as a match analyst, is one of the brains behind Efficiency Match, which is an App for iPad oriented to coaches.

He worked at Brighton and Hove Albion in the English Championship as the Head of Academy Coaching before leaving via mutual consent in January of 2013.

Nus has experienced working in a number of countries around the globe, including alongside compatriot Rafael Benitez at Liverpool FC as a part of the reserve coaching staff.

He was part of Ghana's technical team headed by Avram Grant which won silver at the 2015 Africa Cup of Nations.