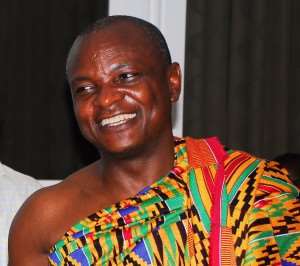 
Under-fire Hearts majority shareholder Togbe Afede XIV has injected a whopping $450,000 to boost the side ahead of the new season.

The huge amount is expected to pay outstanding salaries, signing on fees and salaries for the rest of the year.

According to widespread reports, $150,000 will be used to clear club's mounting debts to give the club a clean slate ahead of the start of the new campaign.

The traditional has come under incessant pressure over claims of lack of financial support for the running of the club.

But the majority shareholder has responded in a positive fashion, dolling out the huge amount to ease their financial burden.