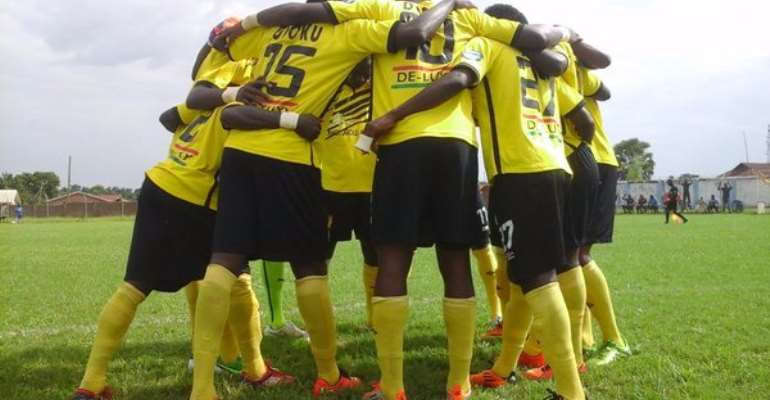 Substitute Bismarck Oppong’s lone goal made the difference as Medeama beat Ashgold to win its first Super Cup Title. Akosua Addai Amoo of Metro TV takes a look at the good the bad and ugly of the Super Clash encounter on SUNDAY at the Accra Sports Stadium.

The rise and rise of Tom Strand
Tom Strand’s importance in the Ghana league seems to be on the rise after Sunday’s win against league leaders Ashgold in the Super Cup. The Mauves and Yellows won the FA Cup warding off big guns in Ghanaian football like Asante Kotoko. The Swede has added two cups to the club’s trophy cabinet. Medeama previously had just the 2013 FA Cup as the only trophy to brag about. But now that Medeama will feature in the CAF Confederations Cup in March, Africa should look out for the coach’s exploits. And the Tarkwa side will have a tough time keeping him in their dugout.

Free entry but still no show
The GFA announced that gates will be free for the Super Cup, to the surprise of many. However, the free entry still could not attract a huge crowd to the Accra Sports Stadium to witness the two champions on the local front. The stands were empty with few fans attending. The scene gave the Sahara Desert a good run for its money.

Some things will never change
It will be a tall order for Ghana football to reach the heights that will see everyone applaud. Ashgold were displeased with officiating after losing narrowly to Medeama and decided to boycott the medal presentation. The rank and file of Ashgold showed huge angst by the outcome of events with some GFA officials even trying to cool tempers down but to no avail. The unsportsmansly behavior by the Miners put a dent on the match and raises the question if we can ever take Ghanaian football seriously.

Is AshGold losing its magic wand?
The Miners won last season’s premier league with 52 points and were clearly the dominant force in the league. The pre-season story has been quite different with Ashgold losing three pre season tournaments namely, the SWAG Cup, the GHALCA Top 6 and now the Super Cup. This should be a cause of worry for Bashir Hayford with the CAF champions league matches and Ghana league lurking around the corner.