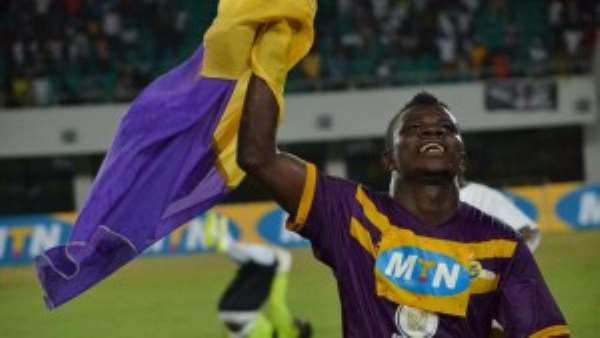 
Enterprising Medeama midfielder Kwesi Donsu wants to bid his time for a call-up into the national team.

Donsu, 23, has been hugely influential for the Mauve and Yellows since he joined two years ago.

The former Berlin FC impressive enforcer is the heartbeat of the Medeama team, helping them to clinch the 2015 FA Cup crown at the expense of Asante Kotoko.

The highly-rated Ghanaian midfielder is touted as the next big thing amid a growing reputation which continues to soar.

There have been widespread calls for the midfielder to earn a call-up into the Black Stars but he insists he's not in a rush.

'I have been working very hard for that and I know the time will surely come,' he told the media.

'I always pray to God to give me that opportunity and I believe that will happen.

'It is every player's dream to play for his national team and am no exception.

'Am just waiting for that opportunity.'
Donsu was voted MVP in the 2015 FA Cup.

I weep for Ghana for allowing Medusa-like head judgement de...
50 minutes ago