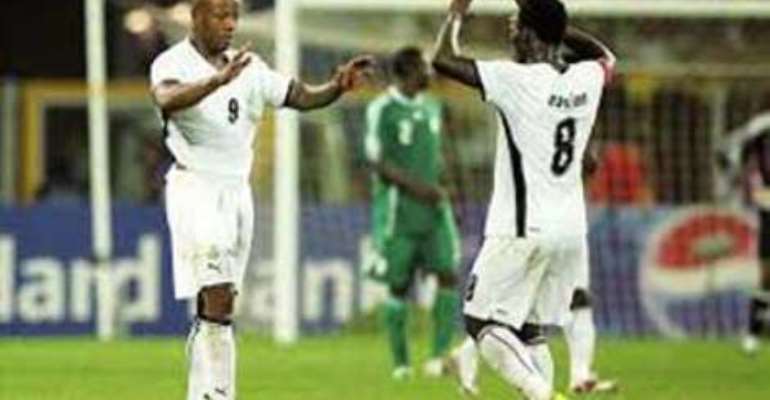 All five goals come in the second half. Laryea Kingston scored in the 51st and sparked further tallies by Sulley Ali Muntari(53') and Junior Agogo(60').

Taiwo Taye pulled one back for Nigeria in the 65 minute through a penalty kick, before substitute, JoeTex Frimpong added a final goal in the 74 minue for Ghana's biggest win over its neighbor since 1960.

"I think there's a good future for this team," Ghana coach Claude Le Roy said. "I am very proud to be in charge."

The match was the last in charge for Nigeria coach Austin Eguavoen, who will be replaced by veteran German coach Berti Vogts.

This may well be the most momentous friendly ever to have been played at a third-tier ground in a neutral country. Ghana, who will host next year's African Nations Cup, have installed themselves as favourites after thrashing the team reckoned by Fifa to be the strongest on the continent in a match of brilliant, breathless and occasionally lawless excitement.

Nigeria had a few novel ideas about how to avoid defeat, the first of which was simply not turning up. They arrived only moments before the scheduled kick-off, which was then delayed by half an hour.