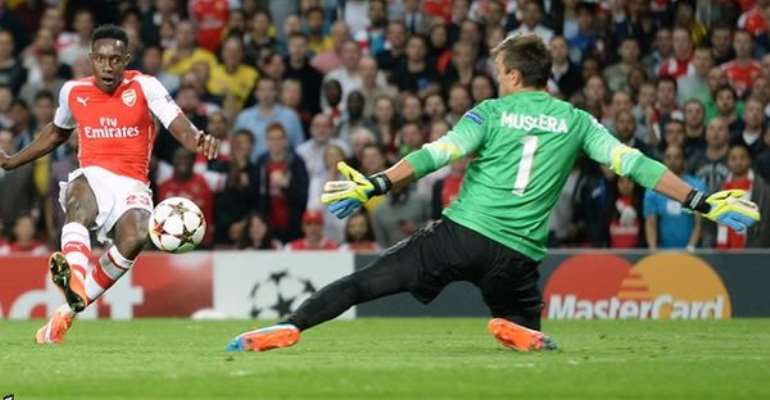 Danny Welbeck played an hour of Arsenal's Under-21 encounter with Brighton on Friday afternoon having been out for almost 10 months with a knee injury.

The 25-year-old forward underwent surgery in September for the problem after initially injuring his knee in April - with manager Arsene Wenger unable to react to the news by bringing in another striker as the summer transfer window had just closed.

Welbeck, who moved to Arsenal from Manchester United in the summer of 2014, has therefore not turned out for the first-team this season but continued on his path of recovery by playing 60 minutes of a Barclays Under-21 league clash against the Seagulls at Arsenal's London Colney training base.

Arsenal led 3-0 when Welbeck was replaced by Josh Dasilva but the England international did not manage to get himself on the scoresheet - although he did play for longer than Wenger had anticipated.

Talking about the striker's return ahead of the game, Wenger said he hopes to have Welbeck back in first-team contention in as little as three weeks.

"I believe that he needs to play two or th
ree games before thinking about coming back into the first team," the Frenchman said at his weekly press conference.

"He has not played for 10 months so we need to be patient with him. He has good basic fitness but after it is competitive decision-making and he needs to get used to that again.

"We can organise games internally without being official games and I think in the next three weeks he should be available."

With Arsenal having failed to score in their last three league games, Wenger will welcome the return of Welbeck, while England boss Roy Hodgson will no doubt keep a close eye on his recovery ahead of this summer's European Championship.