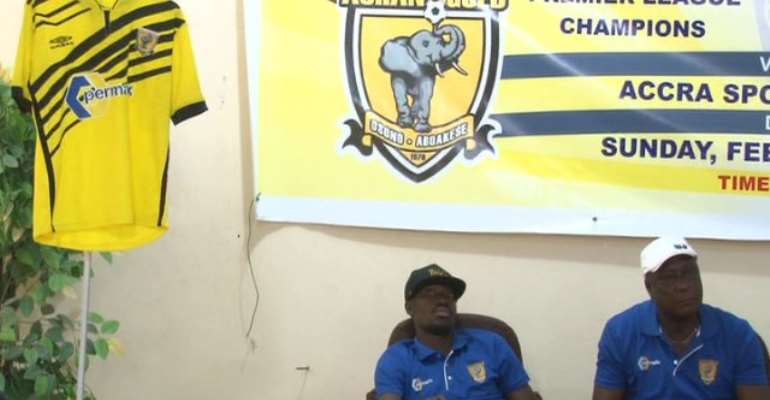 Ashantigold coach Bashir Hayford believes Sunday’s Super Cup game against Medeama will be a perfect dress rehearsal for his side ahead of their CAF Champions League qualifier.

The Miners have a date on Valentine’s Day against Algerian side MO Bejaia in the first round qualifier at the Len Clay Stadium in Obuasi.

However, the Obuasi side will have to face FA Cup winners Medeama in a traditional curtain raiser before the all-important Champions League clash.

Hayford is excited about his side’s prospects and believes the Tarkwa side will give his side the needed test.

“It is a very good opportunity because everybody knows we haven’t started the league,” Hayford said.

“Bejaia have won about six matches and they are not bad at all. They are really in competition.”

“We’ve been looking for opportunities and we had the G6.Sometimes you can play a lower club but you cannot get what you want.”

On the game itself, Hayford feels both teams will sell a good game for fans.

“Being a club also preparing for Africa, I think it is going to be a nice game and it will be a good opportunity for us to see how prepared we are to face the Algerians.”

Ashantigold enter this game as league champions. The league has been scheduled to start on February 20.