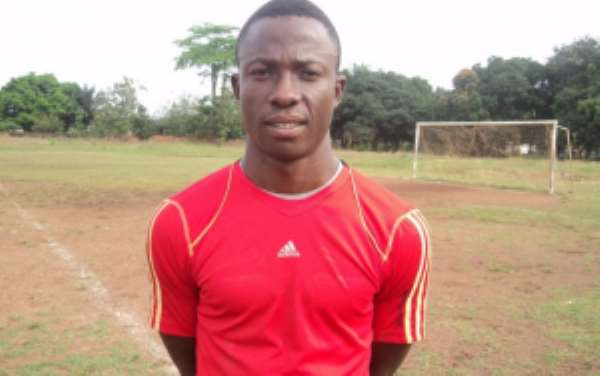 
Michael Sai says he is ready to challenge Muntari Tagoe's No.1 shirt, but concedes the Medeama is 'almost an immovable object'.

Tagoe has established himself as Tom Strand's first-choice goalkeeper.

The former Zaytuna shot-stopper is highly-rated in Ghana after he won the Best Goalkeeper in the MTN FA Cup.

But Michael Sai says he is ready to ready to challenge the hugely talented last line of defense this season.

'Being number two has never been in my books but I will bid my time and train well so that I can perform anytime I'm called for duty," he told footballinghana

"I know coming to Medeama won't be just a walk in the park for me as they already have the core of the team that won the F.A cup last season, but I'm ambitious to excel in the most difficult environment."

Sai was a member of Ghana's Under-20 bronze winning squad during the 2013 World Youth Championship in Turkey.