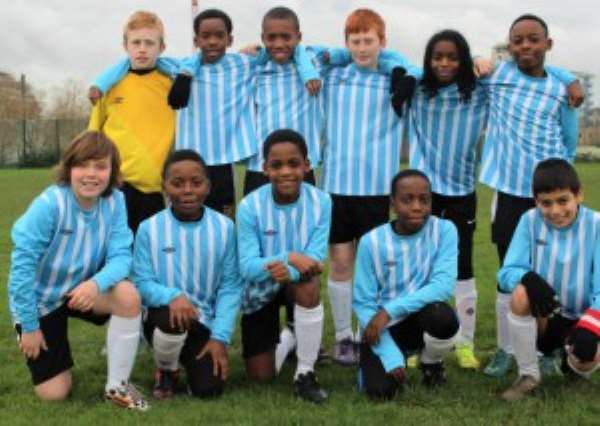 
The Under-11s made a great start to their journey in the Lester Finch Trophy by recording a stunning victory over Barking.

Brent came flying out of the traps, finding themselves two goals up within just four minutes thanks to a brace from the impressive Daniel Adu-Adjei.

They could have been further out of sight had it not been for some great saves from the Barking goalkeeper, which kept the game competitive in the early stages.

Barking were then handed a lifeline just before half-time as they were awarded a penalty, which was successfully dispatched to reduce the deficit.

Brent could have let their heads drop as the extent of their dominance was not reflected in the scoreline but coach Joe Pascoe responded by making a couple of changes at the break, which included a debut for Harvey Araujo.

The Wembley Primary School prospect had an immediate impact, scoring within just a minute of coming on and he netted his second shortly afterwards.

Araujo continued to torment Barking, this time beating a defender and crossing for Adu-Adjei to complete his hat-trick.

Further goals from the ever impressive Joshua Johnson and Jhamar McDonald completed the rout and sent a message of intent to the other teams in the competition.