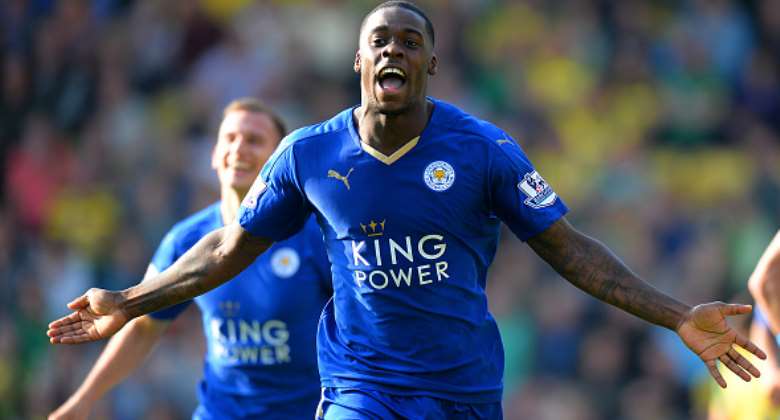 The Barclays Premier League is known for having many international players, and footballers from Ghana are no exception. Currently, AndrÃ© Ayew is playing for Swansea City, Jordan Ayew - for Aston Villa, Baba Rahman is wearing a Chelsea jersey, but none of them have any real chances of landing a trophy this year. Except for Jeff Schlupp and Daniel Amartey in the squad of the surprise leaders Leicester City.

With 24 weeks out of the 38 total, the title contenders are already pretty clear, and it is safe to say that Leicester are definitely one of the teams whose dreams of taking home the prestigious trophy - and that would make them only the 6th team in 24 years to win the League since it was incepted in 1992. The UK-licensed bookie TonyBet  thinks their chances are very good and have them as third favourites with the odds of 6.00.

When Leicester City first rose to the top of the League Table, the team was faced with many sceptical opinions: at first, their success was considered nothing more than beginner's luck. Then the critics proclaimed that they've only had easy fixtures so far and would definitely crumble under pressure come the second half of the season. After all, they were only promoted to the Premier League last season - surely the more experienced and richer teams would be able to easily get them out of their way?

Well, apparently not. Since the beginning of the season, Leicester City hasn't been further down the League table than the sixth place and they've occupied the first position for 11 weeks in total which is not at all surprising considering they have only lost two matches out of the 24 that they have already played this season and won 14. Now obviously they have Arsenal, Manchester City, Manchester United, and Tottenham to think of - but so far it seems that nothing can quite stop them in their rise to glory.

Now the Foxes definitely have very good chances to run straight to the top - and that would mean that the Ghanaian Jeff Schlupp and Daniel Amartey would be a part of a pretty much historic triumph, considering that normally the Premier League winner is one of the usual power teams. However, it's not completely clear whether Amartey is going to be getting a lot of chances to play since he's only been signed on 22nd of January.

Even though neither Schlupp nor Amartey would be the first Ghanaian footballers to win the League - Michael Essien has managed that twice playing for Chelsea - it's an incredible feat no less. And Leicester City still has 14 matches left to play in the Premier League before its conclusion, so there are still plenty of chances to see them both in action!

We haven’t rejected Justices Gaewu and Koomson – Appointment...
24 minutes ago

Stop the wrongful, multiple sale of lands — Akufo-Addo to ch...
24 minutes ago