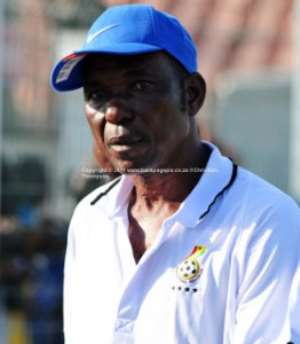 Head coach of  Ebusua Dwarfs J.E Sarpong says his side is well drilled to punch above their weight in the upcoming Ghana Premier League.

Sarpong is leading Dwarfs back to Ghana's top flight football after a season in division one.

Dwarfs have Lukman Ibrahim who scored 30 goals in 30 division games which earned him interest from other clubs.

The core of the winning team is still with the club and Sarpong says he is certain that they will surprise many.

'We have a lot of players that little is known about them,' Sarpong said

'We will be like the Leicester City of the English Premier League.'

'We know that a lot of teams have added players but we have decided to keep our players and believe in them.'

'Let the games begin and you will see.'