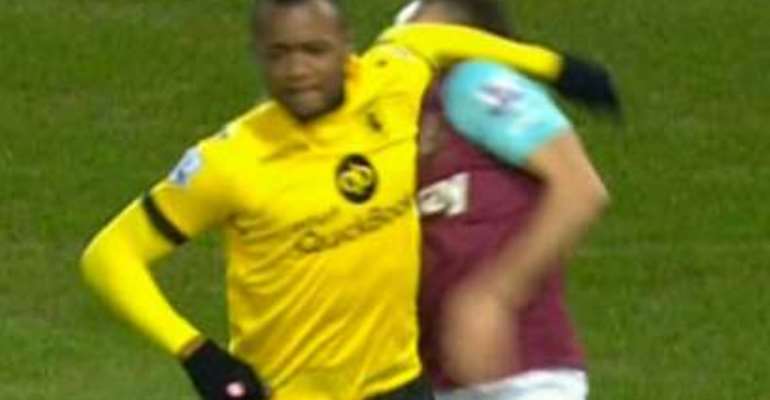 Jordan Ayew hits his opponent in the match against West Ham

ASTON VILLA skipper Micah Richards has slammed team-mate Jordan Ayew for killing his side with his reckless red card.

The Ghanaian forward was dismissed in Tuesday night's match against West Ham after just 17 minutes.

The result leaves Villa 10 points from safety and destined for the Championship.

'A lot has been said - things like 'the boys are not up for it.' But I think we showed that we will give it our all,' Richards said.

'I thought we were extremely unlucky. We defended really well.

'Obviously the red card killed us. But we dug in and in the end it was a sloppy goal that allowed them to open the scoring. Even at 11 v 11, we would have been gutted to concede that.

'We really thought we could win before the match. Maybe if we'd have had 11 men on the pitch, we could have done so. As a collective, we put in a lot of effort.'