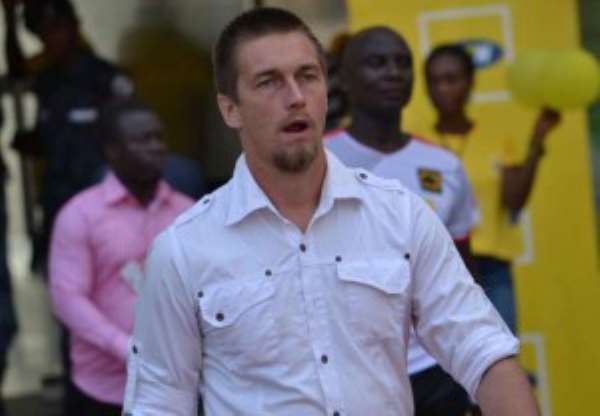 
Medeama coach Tom Strand claims his side hold the aces to clinch the 2016 Super Cup at the expense of Ashantigold on Sunday.

Medeama, who are the FA Cup holders will clash with the Premier League champions at the Accra Sports stadium in the prestigious Super Cup.

And the Swedish, 35, claims the Mauve and Yellows will emerge victorious.

"We want to win this Cup. It's very important for us and I believe we'll win," he told the Ghanaian media during the launch of the cup on Wednesday

"We are not joking with such an important cup. I know we'll beat them.

"I have a lot of respect for Ashantigold for their organisational abilities and what they have achieved, but we want to win.

"I think we're the favourite for the title and we look forward to an exciting game."

Strand is highly-rated in Ghana after improving the stock of the Tarkwa-based side since assuming the role last year.

Seized rosewood to be used for National Cathedral constructi...
18 minutes ago

Anti-LGBTQ bill gazetted, to be laid for first reading on Mo...
23 minutes ago