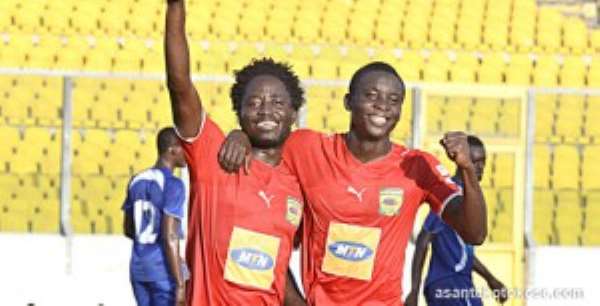 Despite their readiness to reclaim the league title, creative midfielder Larbi Koomson says he is not convinced that Kumasi Asante Kotoko can win the league.

The convincing performance of Asante Kotoko in the pre-season has compelled many to tip them for the title.

But according to the former Medeama SC midfielder, it is too early for fans to conclude that they will win the league since it will take the club more matches than seen in the pre-season.

'I am not convinced that Asante Kotoko can win the league at this time. We need to start to know the strength of other teams,'

'We played the G6 with only six clubs and Kotoko even played only three of them. So we can't use that as a yardstick. We will be playing sixteen clubs and that is what we need to know.

'So until we play some matches, I can't boldly say we will win the league because we are performing well in the pre-season.'

Asante Kotoko have so far won three trophies in the pre-season including the SWAG Cup, the 80th Anniversary Cup and the FirsTrust G6 Tournament.