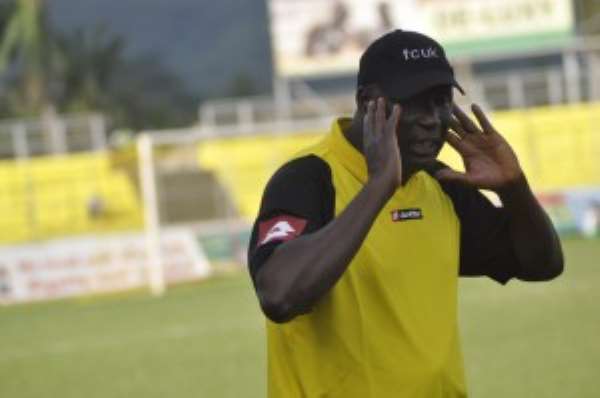 AshantiGold manager Bashiru Hayford says he failed to land his top transfer targets during the transfer period due to financial challenges faced by the club.

The outspoken former Asante Kotoko coach has since revealed that he failed to land those players because of inadequate cash in the club's coffers.

'It is a worry not getting my transfer targets. I knew the team will be playing in Africa so I penciled some names down. I gave the list to management to get me those players to strengthen my squad but they said there was no money,' Bashiru Hayford said in an interview.

He added: 'I was at Obuasi with the players whose names I penciled including Godfred Saka, Daniel Darkwah and Sheriff Deo but because there was no money we couldn't sign those players and it is very worrisome.'

The reigning Ghana Premier League champoions however, managed to secure the services of New Edubiase trio of Alhassan and Fuseini Nuhu and Nti Mensah, as well as Hudu Yakubu of Heart of Lions.

Two persons accused of killing 11-year-old boy at Kasoa to b...
26 minutes ago

Akufo-Addo can’t even bath in the Presidential jet, it's not...
26 minutes ago