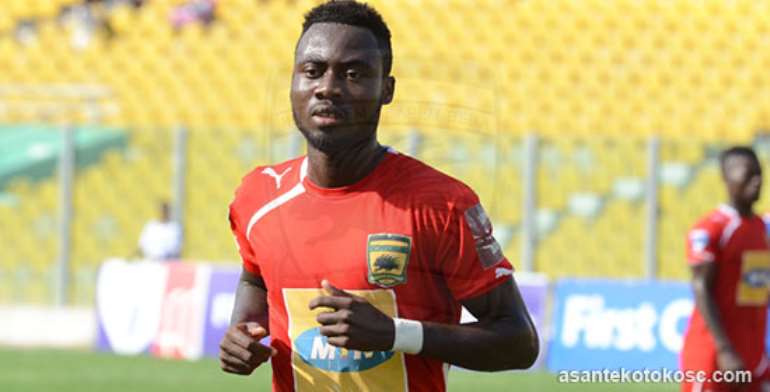 Asante Kotoko's enterprising midfielder Eric Donkor is hungry for success and wants to drive the club to victory in the coming season.

Last season the Porcupine Warriors painfully lost the league title they had won the previous three seasons to AshGold.

Kotoko also lost the FA Cup in a dramatic final to Medeama, the second FA Cup defeat at the hands of the Yellow and Mauves in the space of three seasons.

But after a bright preseason Eric Donkor says it's time to recapture the lost glory.

'I think that we are in the right shape for the upcoming season we just have to maintain the momentum,' Donkor said

'We have shown our intention in preseason games so far and we have to continue working extra hard to maintain our shape.'

'On a personal note I am taking every step to ensure I continue developing offcourse that will mean I have to continue working hard.'

'Like every player I want to win and become successful with this club.'