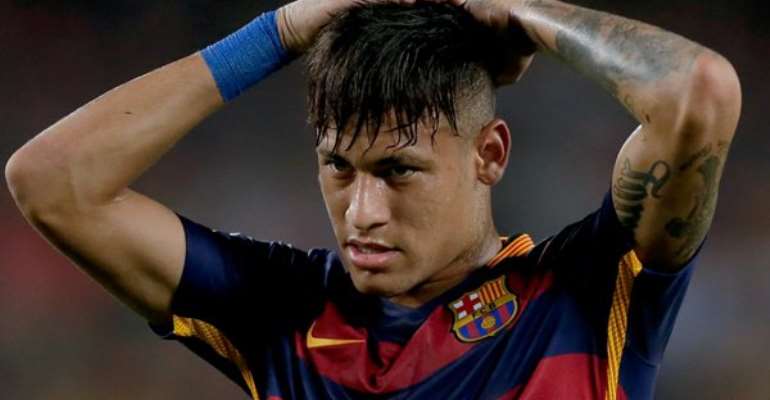 Prosecutors in Brazil are recommending that football star Neymar be charged over four counts of fraud in relation to a tax case prior to his transfer to Barcelona in 2013.

It is alleged that companies were set up as fronts in order for the striker to pay a lower rate of tax.

Officials in Brazil say the allegations against the Barcelona striker cover a seven-year period from 2006.

The allegations are separate from a case heard in Spain on Tuesday.

Neymar appeared in court in Madrid in connection with fraud allegations surrounding his transfer. He has consistently denied any wrongdoing.

At the time of his transfer he was a rising star at Brazilian club Santos.

Barcelona said it paid €57m (£43m) for Neymar in 2013 but investigators say the fee was closer to €83m and the club concealed part of the deal.

Neymar spent an hour and a half before a Spanish judge on Tuesday.

Mr Santos, who arrived at court with his son on Tuesday evening, acts as his agent.

The Spanish case was brought by Brazilian third-party investment fund DIS, which owned 40% of the Brazilian player's sports rights.

DIS alleges it was financially harmed by the transfer when it received €6.8m of Mr Santos's €17m fee and argues it was deprived of its full share.

Neymar, 23, has won widespread acclaim during his time at Barcelona