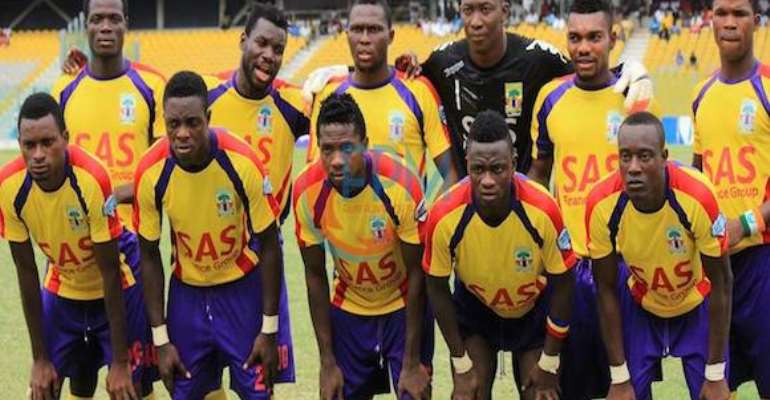 New Hearts of Oak signing Cosmos Dauda says his best is yet to come after playing his Sunday's double friendlies.

The striker featured in the 2-0 and 4-2 victories over Nigerian side Ifeanyi Ubah FC and the Hearts of Oak millennium squad.

Dauda, the former Tudu Mighty Jets player, said: "As a striker your trademark is goal scoring so I believe with hardwork and continues success is going to come. I'm working so hard.

"They shouldn't expect nothing more than hardwork, consistency and results because I will never sleep I will keep on fighting

"I know what they expect from we. We know where the team were last season but we want to take the team to their normal place where people know the team to be. Generally, I will just say we are giving our best so everybody will be happy this season."