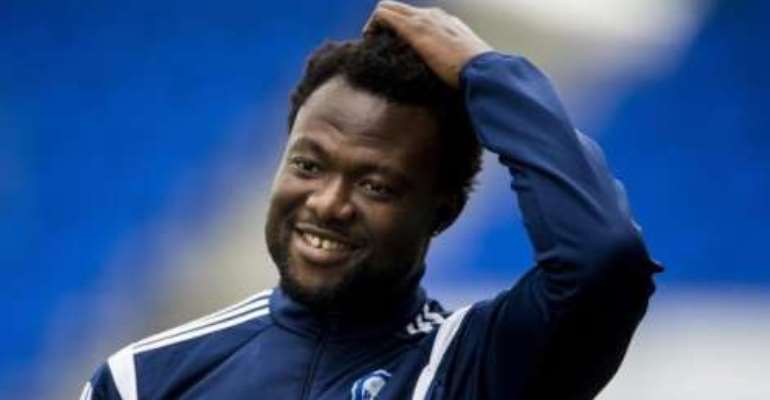 HJK Helsinki defender Gideon Baah has rubbished reports that he traveled to Spain to conclude his proposed move to Barcelona.

Reports emanated last week that the former Asante Kotoko defender and his agent Dimitri Seluk were locked in a meeting with Barcelona Chiefs at the Camp Nou to conclude talks which will see the left back ssecure a six-month deal with the Catalan club.

But the ex-Asante Kotoko defender has moved quickly to debunk those claims, insisting it's untrue.

"It's not true. I have not been to Barcelona," he told Helsingin Sanomat.

"I now have a contract with Hjk, which I respect. It is not at my discretion, to either stay or move on."

Baah joined Finish side Honka FC from local giants Asante Kotoko in 2013, before moving to his current outfit the following year after a string of fine performances.