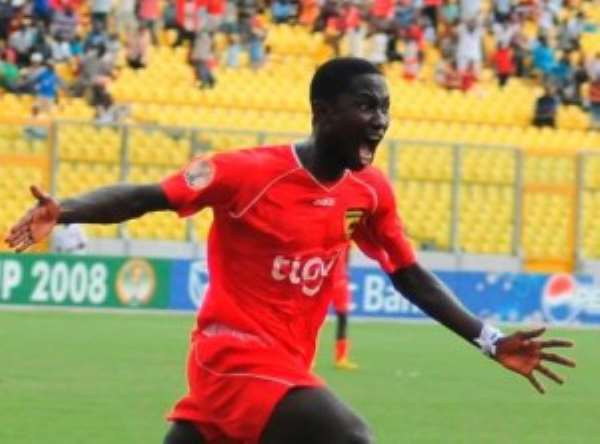 Sekondi Hasaacas new signing Eric Bekoe has arrived in the twin city for the first time after signing a one year contract with the Green and Whites.

Bekoe who signed for the club on transfer deadline date was given time by the Sekondi-based side to organize himself before joining the team for the pre-season.

Bekoe is currently with the head coach of the side as they make arrangements for an accommodation for him.

The talented goal scorer will be unveiled to the fans tomorrow at the team's training grounds as he will also hold his first training schedule under Yusif Basigi.

Basigi is very hopeful the talented forward will be an antidote to the side's goal scoring challenges as the league looks set to zoom off in a few weeks time.

Bekoe has promised to lighten the attack of the Doooo Boys if the league starts and will open his marriage account with the Westerners on Monday.