Aduana Stars goalkeeper Adams plays down concerns over his weight 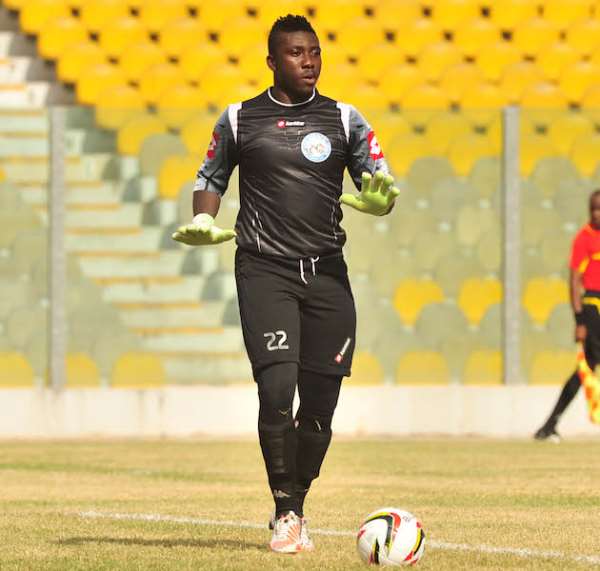 Aduana Stars number one goalkeeper Stephen Adams has dismissed concerns he has put on weight.

Critics believes the Ghana international is out of shape for the new Premier League set to begin on 20 February.

'We are all like that, those who know my family will tell you. I am not fat, it is a family trait, we have the pysique,' he added.

Adams has been with Aduana Stars since 2009 and helped them to win the Premier League title in 2010.

His exploits earned him  the number 1 spot in the Ghana squad which won silver at the 2013  African Nations Championship (CHAN) in South Africa.

Adams was named in Ghana's 23-man squad at the  Brazil 2014 World Cup finals.

I don’t know him – Afoko denies knowledge of prosecution wit...
3 minutes ago