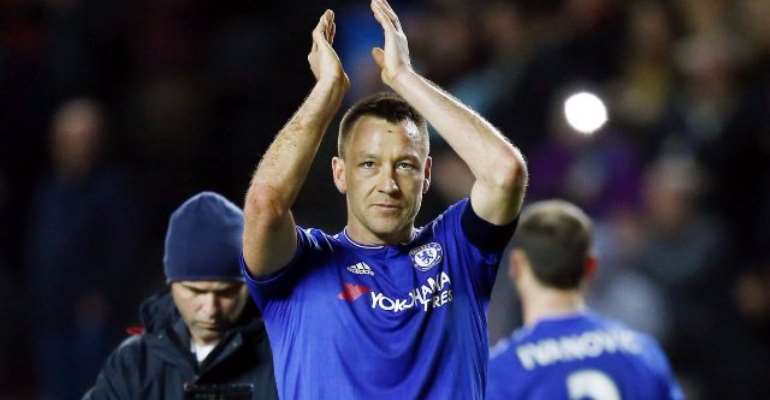 Chelsea captain John Terry has confirmed he will leave the club in the summer when his contract expires, after the club decided not to offer him an extension.

Speaking to reporters following the Blues' comfortable 5-1 FA Cup fourth round victory over MK Dons on Sunday, Terry confirmed reports that his contract at the club would not be extended beyond the end of the current campaign - revealing that the club had decided not to renew his deal.

"I was in last week before the Arsenal game and it’s not going to be extended," Terry told reporters. "It’s my last run in the FA Cup so I want to make it a good one.

"It’s a big season for me and I want to push on - not just in this competition but in the Premier League as well. I knew before the Arsenal game so mentally I’ve kind of accepted it. We just have to move on."

Terry indicated that he wanted to resolve his future this month but, with a new manager set to arrive at the end of the season, the club felt a renewal could not be offered before that appointment had been made.

Terry added: "They said that when the new manager comes in, things might change. It’s a no at the minute.

"I needed to know now like I have done every January and sometimes it takes a couple of months to get done. Unfortunately it was a no. It’s not going to be a fairytale ending, I’m not going to retire at Chelsea.

"It’s going to be elsewhere which it took me a couple of days to get over. But like I say, I knew before the Arsenal game and my performance isn’t going to change - the way I train, what I give for the club. I want to give everything and finish on a high, on 100 per cent good terms with the club."

The 35-year-old has played for Chelsea his entire career, bar a brief loan spell at Nottingham Forest in 2000. During his time at the club he has won every major trophy, including the Premier League (four times), the FA Cup (five times) and both the Champions League and Europa League once.

He signed a one-year extension at the Blues in March of last season, but has indicated he will now look to continue his career overseas.

A lucrative move to either the United States or China is considered most likely for Terry, although it remains to be seen if the former England international will try to continue his career in European competition instead.