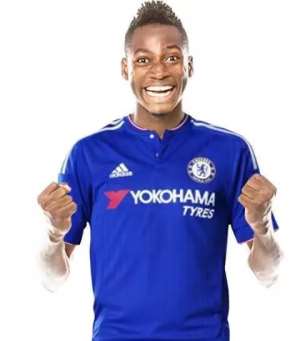 Ghana and Chelsea defender Baba Abdul-Rahman has received rave reviews on Twitter following his impressive display in the FA Cup 5-1 win over fourth round game against Milton Keynes Dons.

The Black Stars right-back played his first game under interim boss after being sidelined since the departure of Jose Mourinho.

Rahman was growing in confidence when Mourinho was sacked and it was thought the departure of the Portuguese could boost his playing chances.

That dwindled drastically with the Ghanaian left on the bench or totally out of the squad in matches since Hiddink took over.

A good performance on Sunday has boost his chances of staying in the Chelsea squad and capturing a permanent place in the Blues squad.

Baba Rahman is a BEAST!!!!! This is a massive threat for Azpi's position IMO !!! #CFC #BeastModeOn

— NM (@ffsRooney) January 31, 2016
so baba rahman is even good and mourinho kept lying to us by keeping him on the bench.

Baba Rahman has been impressive along the left flank, he should definitely play this role more often. #CFC — Uzzy (@020ne) January 31, 2016

Baba Rahman is my man of the match against MK Dons. Brutal performance by the Ghanaian. #FACup — Bayonle Arashi (@midassoccer) January 31, 2016

@ParkedTheBus Baba Rahman has been the best of the youngstars today. RCL n Traore need to work on their movements

Brilliant performance by Baba Rahman as well! Everyone's in top form!! What a sight 💙 #KTBFFH

— Hassaan. (@Hasni_10) January 31, 2016
Baba Rahman is good when going forward and his crosses are at least better than Ivanovic #Chelseafc